ARE YOU IN? Incitement SA will launch March 9. Are you ready? Courtesy: Incitement Fan-page

Once riddled with negative connotations, the word “incite” now means to provoke and spur on in a positive way. Incitement South Africa was founded February 9 this year, by Tamara and Francisca Al-Halaseh. It comes at a time in South Africa when our mind-set is rife with negativity, speculations and heartache. Originally founded in Malaysia in 2011 by Daniel de Gruijter and Zikry Kholil, as a way for employees to talk about their ideas, the movement has now become a global instrument of positive change. From Malaysia, it spread to the USA, Canada, UAE and Jordan and has now reached South Africa.

Incitement is a global movement of local communities. The site reads:
“It is born out the idea that people have something worth saying. We encourage everyone… who has something to share to get up and get it out there.”

Incitement South Africa encourages individuals to create positive thinking, by networking with people from various backgrounds. This will be done by sharing life-affirming values and stories that have inspired and motivated them. The Incitement South Africa Facebook fan-page publishes affirmations of self-growth and self-belief on a daily basis. No judgement. No prejudice. 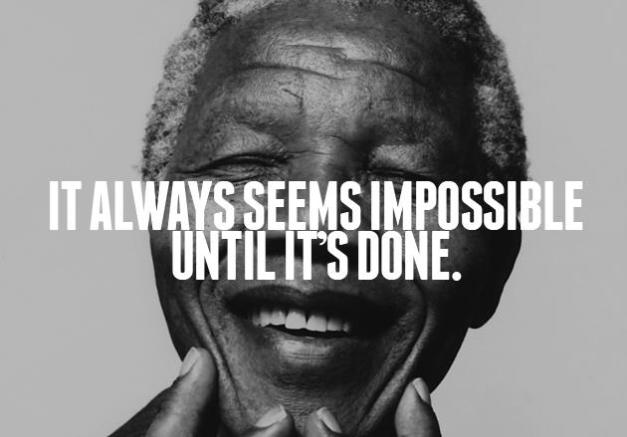 CHALLENGE ACCEPTED: Are you ready to change or be the change? Pic from the FB fan-page.

How will they do it?

By hosting informal and easy-going events, starting with Gauteng and moving nationally. 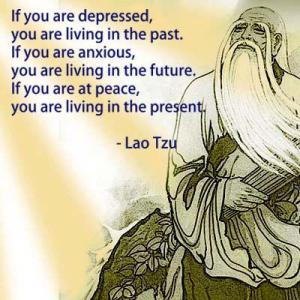 POSITIVITY: What makes a good life? Find out with Incitement. PIC: internet

When is the first event?

The event planned for 30th of March in Pretoria (at Blue Valley Mall) will gather everyone from entrepreneurs, personal growth enthusiasts, thinkers to marketers and students. They will enjoy a series of powerful presentations and participate in unique team-building exercises. These will be designed to help them grow on a personal and professional level. Think of it as a melting pot of incredible and original ideas that stir up weary souls and awaken tired minds. Watch out for the venue on the Facebook page.
Reply to the event: Incitement SA Launch.

The presentations given will be documented with guests’ permission on video and posted to their YouTube, Facebook, and Twitter channels, in hope of making positive affirmations a reality. It will help employers deal with down-trodden staff, parents with unruly children and students with depression.

“It is a platform for people to speak up and share their outrageous visions for the future, life changing experiences from the past and ideas for the present.”

But, it’s not all ‘serious talk.’ It’s also a place to have fun in front of a crowd and spread positive vibes.

If you would like to sponsor or get involved with the March 9 event, check out the South African Facebook fan-page: 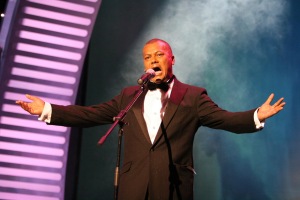 For someone who dared to pursue a dream on SA’s Got Talent, one of the most popular shows on SA television with an estimated viewership of ten million people, James Bhemgee is soft-spoken and humble. In front of an audience of 26 journalism postgraduate students, he is quite confident, taking care to answer each question thoroughly.
He talks about his rags to riches story with such flair, that you almost miss his slight stutter. Although news reports have claimed that Bhemgee is partly deaf, he denies this:

From that first introduction, it is clear he likes to remain mysterious, enticing us with anecdotes such as: “We grew up fast” or “Dreams don’t make themselves happen.”

Of all the questions our journalism class asks him, the one about his children he answers the most briefly. “They are happy. They are with their mothers. That’s how we do it in the townships: the mothers take care of the children.” He doesn’t go into much detail about their lives, except for his daughter, Roshana (in her early 20s), who has the same singing gift. He also sings with his sister, Dominique Adams. They come from a large family of four sons and five daughters.

Since May 2010, Bhemgee has been singing with his two best friends, Eugene Jephta and Matthew Overmeyer, as the Cape Flats’ Tenors. They even sang for tourists during the Soccer World Cup. “It was our chance to shine,” Bhemgee and Jephta say in synchronisation.  Jephta has accompanied Bhemgee to the interview, even helping him answer the questions. They’ve been friends since they were boys growing up in the Cape Flats, an area known in South Africa for its gang violence.

THIRSTY FOR MORE: James Bhemgees life has been one of overcoming struggles to pursue an amazing dream. PHOTO: Vanessa Smeets

Bhemgee has been through a lot since the age of four, when his mother left him and his brother, Jonathan, on his stepmother’s doorstep.

“Our mother was in trouble with the police and she made provisions for us before going to prison. Despite all her problems, she looked out for us,” he explains, choking on the last few words.

Born in Worcester, he lived the life of gypsy with his troubled mother, moving from Gugulethu to Heideveld to Retreat and Kalksteensfontein. In primary school, he fell in love with music when a boy from his class serenaded the prettiest girls. Bhemgee decided to beat him, by singing for the girls in his class, then for the teachers. He eventually found himself singing in the streets he swept as an adult.

One afternoon, an elderly woman, Angelique Fuhr, overheard him singing and told him she thought it was the radio. Much like the pages from Charles Dickens’ Great Expectations, she mentored him and influenced him to pursue his passion and talent for opera. She contacted her daughter, a music teacher, who told her mother that she had discovered “a dear treasure.” He was then taken to the Lloyd Strauss Top Tenors. Being the 1980s, at the height of the apartheid struggle, Bhemgee was hungry for any opportunity he could get.

His courageous spirit and sparkling personality took him to the United Kingdom in 1994, where he appeared on a BBC breakfast television show, after appearing on South Africa’s Carte Blanche. From there, he spent four years singing in Germany in different operas including Giacomo Puccini’s La Boheme. He still speaks German fluently, amusing our class with a few words.

GLOBAL TALENT: Bhemgee's talent has allowed him to perform with big shots in the music industry like André Rieu, world-famous conductor, violinist and composer. PIC: online

From 1998 to 2010, there is a gap in his life that the class tries to make sense of. He explains he went back doing odd jobs for the municipality, even collecting rubbish. “It was a humbling experience to go back to being a nobody,” he says, fiddling with his fingers. After Fuhr died, Bhemgee didn’t have the motivation to do things on his own. On her advice, he refused an opportunity for an Australian TV company to film a documentary about his life.

“It could have opened many doors,” he says with a grin, “But my advisors thought they knew better. Maybe I wasn’t ready, like they claimed. Maybe now I am.”

SA’s Got Talent has even opened doors in Bhemgee’s life he would have rather preferred closed. “With fame, comes much rubbish. So many people from my past came back into my life, hoping I could help them in some way.”

Online, his voice seems to have soothed strangers’ lives. The comments on SA’s Got Talent’s webpage read:

“You are better than Susan Boyle,” “You had me in tears from the first night,” “You have showed us what talent really is” and “Please put his voice on YouTube, his talent needs to be shared with the world.”

Bhemgee has even moved the judges of the show to tears. Randall Abrahams, one of the judges, said: “Of all the singers we’ve heard over the past two years, so far, you are the best.” Some have described him as the South African version of Susan Boyle, the middle-aged Scottish woman, who moved nasty Simon Cowell to tears.

He claims the fame hasn’t really affected his personal life.

“Family is what matters when everything else doesn’t anymore,” he tells me, as we are alone.

I cannot help but wonder whether he wishes his children were part of his dream. I ask him quickly as he leaves the room. He replaces the silence with a quick: “Maybe one day. Hopefully one day.” It is obviously the only dream that truly matters when this one is complete.

Is your heart strong enough to battle the distance? PIC: online

While watching Drew Barrymore’s quite recent movie Going the distance (yip, about long-distance relationships) on a flight to Europe to see someone special, I realised I was in the same dilemma… As much as you like or love the person, it really is excruciating to know they’re on the other side of the world.

No hugs on a bad day. No telling you “You’re beautiful” with your new dress. No morning kiss. No making love spontaneously on a lunch-break.

And yet, it was the happiest I’d ever been. Those physical things didn’t matter that much anymore. In past relationships, I would quickly get bored of holding hands, going to the movies and the dreaded fighting (inevitable when you’re around each other 24/7). Here, I had the ability to grow and heal as an individual and yet feel attractive, as someone incredible felt (hopefully) the same way about me.

I had friends who from the start against it: “Long distance doesn’t work!” “Guys can’t be faithful!” “Don’t get attached…You’ll get burnt.” “How the hell do you keep each other satisfied?” “You can’t trust someone if you can’t see them.”

It was hard. But, trust was the most important factor. Not necessarily trusting the other person, but trusting myself not to become paranoid or disillusioned. There may be dozens of people close to you that think you’re nuts, but in the long-run you’ve got to ask yourself: Where is this going? Does he/ she want the same things?

In the end, as a wise friend told me, it is ONLY between you and him/ her.

There are over 6 billion people on Earth and, yet, out of the 5000 I had maybe met, this particular person stood out. I wasn’t looking for anyone at the time. I was just enjoying my family and friends.

Missing your other half? With modern technology, over 52 million couples are in long-distance. PIC: online

Modern technology has ensured that millions of people meet online and find the right one through cyber-dating. Some keep it alive through sexting. Others keep the spontaneity going through romantic letters, poems or photos.

When someone means a lot to you, you’ll be surprised what gifts you suddenly possess. I realised I loved writing to him… Beautiful letters. I would write him a poem or something in his mother-tongue and decorate it diligently. Each page (and there were sometimes six of them) took at least two hours to make. He was worth it… And to see his smile on the webcam weeks later with the letter in hand reminded me what it was all for.

Yes, I miss him a lot… If I see something he’d like (like a beautiful sunset), I take a picture and send it via MMS. Thank you, Mark Zuckerberg, for Facebook chat and Skype for making it almost real. I remember him blowing out a candle I was holding on his birthday.

Some tips for those in long-distance:

Check out the poll: