EXCITING NEWS! Chica Papillon has been entered into the South African Blog Awards for 2011 under best entertainment and lifestyle blog.
I need your public vote to win!

Just click on the SA Blog Awards badge under comments on the “About the Author page,”  on the right corner of this page.
Once you click on the badge, you will be directed to the Blog Awards page where you have to enter your email address to cast your vote. A confirmation email will then be sent, click again to say you have casted your vote!

Thank you so much!
Vanessa >!<
https://vsmeets.wordpress.com/about/

This is the kind of work I dream of doing!

“There is a charm about the forbidden that makes it unspeakably desirable,”
Mark Twain 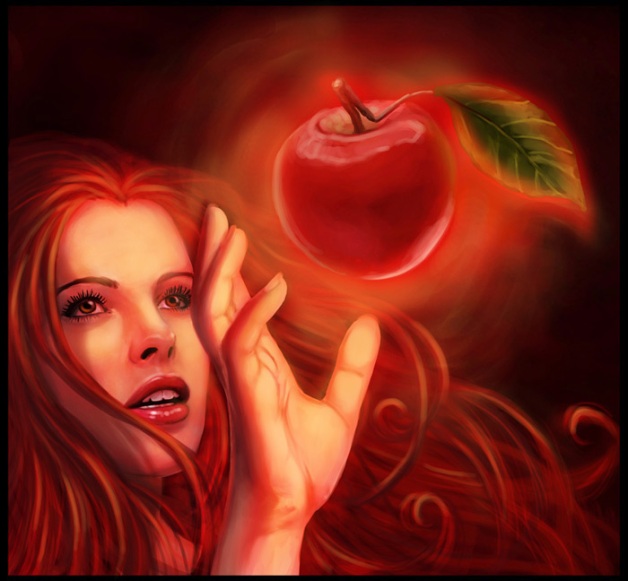 TEMPTATION: Eve's undeniable hunger for the forbidden continues in modern women of today, through dangerous and flirtatious friendships and relationships. PIC: online

For years, he’s been your best friend.
You call him every time you’re sad, sick or have just broken up with someone.
For years, he’s called you to go for a beer, a movie or a spontaneous road-trip.
He makes you smile, laugh and feel like the most special girl in the room. That is until he starts dating that girl from work and is really serious about her.
“I think she may be the one…” he tells you a month later.

Another month later, they go on a two-week holiday. During that time, you can’t help but think of him constantly:
Is she worthy of him?
Will he still have time for us?
Do I need to see him less now?
Do I have to become her friend too?

The thinking turns into missing. He returns from his trip, but doesn’t call you immediately.
A few days later, he lets you know he’s back. You feel hurt. The difference has already begun.

The new happy couple invites you for supper. You suddenly realise how lonely you really are. They touch. They hug. They kiss. You feel terribly uncomfortable, but why?
What is this irritating nagging feeling that won’t go away… Is it jealousy?
What is this gaping hole that deepens with every silent passing day… Is it longing or, even more complex, love?

You try to concentrate on your other friends, but everyone can’t stop talking about the “amazing new girlfriend.” The label sticks for weeks, months, a year… and it hurts you more and more.
Why can’t I just be happy for him? Why do I find myself constantly thinking about our time together?
It finally hits you: I HAVE FALLEN FOR MY CLOSEST FRIEND!
Were we that… were we a couple without ever placing that damn label?
Did the innocent touch of his hand to reassure me after every heart-break mean something more?

“Of man’s first disobedience…the fruit of that forbidden tree whose mortal taste
brought death into the world and all our woes,” John Milton, Paradise Lost 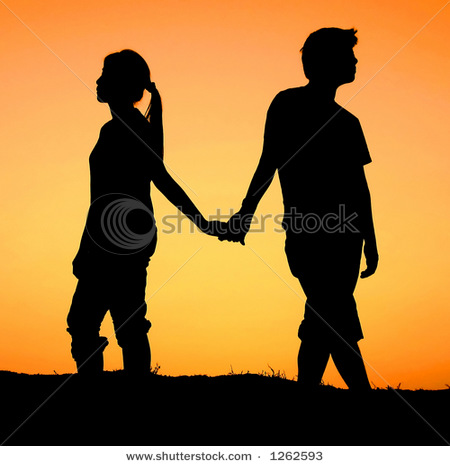 MIND OVER HEART: Is it possible to just be friends with the opposite sex? Or does that hint of attraction make it even more seductive...? PIC: Online

You decide to find out and confront him.
“Shaun, I’m really worried about our friendship… I don’t see you as much.”
“Judy, I have a girlfriend now. It’s totally normal.”
“Yeah, but…umm…we only go for coffee once a week.”
“At least it’s once a week. What’s the big deal? You’ve been in the dating game in the 10 years of our friendship. Did I complain once?”
“I guess not. I’m just concerned. You’re acting differently towards me.”
“Listen, enough of this. Sally is pretty concerned about all the time we spend together. Once a week is quite enough.”
“Enough? We used to spend every day together.”
“That was in the past.”
“So… I can’t be part of your present…or future?”
“Why are you talking like this? What are you getting at?”
“I think… I know… I miss you…”
“I have to go. I’ll call you next week sometime.”

The week passes and it’s the longest week of your life. He never calls.
A few months later, you call him and it’s constantly engaged. Sh*t, HE’S ENGAGED!
He never bothered telling you. The invitation arrives: You are happily invited to bless Shaun and Sally on their new journey.
“Bless it? Is this what I’m supposed to do when I curse the day they met? Do I have to give my blessing every time they decide to have a baby?”

Your head spins. You decide to tell Sally how you feel.
“Sally, I need to know how you feel about Shaun.”
“I love him.”
“I know that, but how do you feel?”
“Happy. He makes me happy.”
“So, happiness is a good enough reason to rush into marriage?”
“We’ve been together for a year and a half.”
“Yeah, well, I’ve known him for 10 years.”
“What are you getting at, Judy?”
“Is Shaun happy? Is this what he wants?”
“You should ask him that. But, yes, I believe he is. He’s finally moved on.”
“Moved on?”
“You really hurt him in the past; how you compared ex after ex, when the man truly in love with you was standing right there.”
“He’s in love with me?”
“Was. He’s assured me it’s over.”
“I don’t know what to say.”
“Umm… I’m not sure if you still want to come to the wedding.”
“That’s probably not a good idea. I should escape, get away from all this.”
“We like you, Judy. Don’t do something that drastic. You still mean a lot to Shaun.”
“I can’t. I can’t…. Oh my G…”

You don’t go to the wedding. And, surely, nine months later Sally gives birth to a honeymoon baby.
Shaun calls you: “I want you to be the Godmother. Jayden will need you in his life the way I needed you. I know you’ll be there to comfort him, advise him, show him the magic in life.”
You accept. Your love for Shaun fades the more you see the three of them together.

Sally was right: he’s really happy. You focus all the love you had on Jayden now. Shaun remains forbidden fruit. His ripe season was simply not the same as yours. Seasons continue to come and go; yet he remains firmly attached to his family. You finally walk away from the person you shared the same fears and memories with. The first rays of summer dance upon your skin; it is harvest time elsewhere. 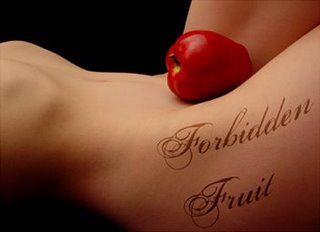 DESIRABLE: The more innocent the touch, the more there is to explore. PIC: Online